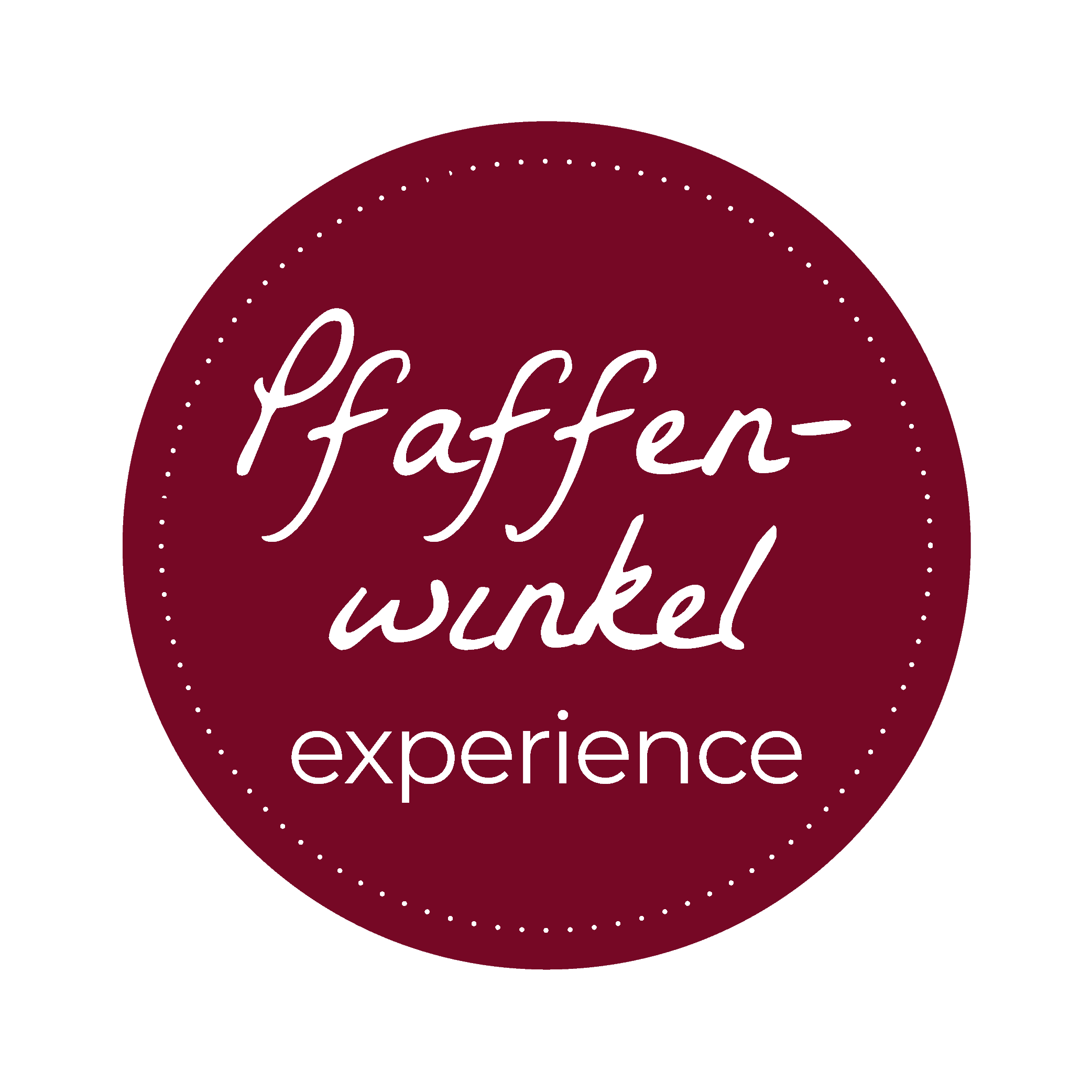 In the middle of natural beauty

A holiday in the wonderful region of Pfaffenwinkel in Upper Bavaria promises unforgettable experiences. If you are looking for sport, activities, tourist attractions, history or cultural events, this part of Bavaria has something to offer everyone. The region is one of the most popular day trip destinations for outdoor fans. Pfaffenwinkel offers a wealth of ideally signposted and well-maintained walking and cycling paths. Even its capital city of Munich or Neuschwanstein Castle with its magnificent rooms and breath-taking view are only a short car ride away.

The boundless expanses of the foothills of the Alps attract visitors with lots of exciting activities. Walk through the Alps on one of the many well-marked walking paths, or dare to play on one of the five challenging golf courses in the area. Enjoy a few sociable hours cycling or go skiing and discover our wonderful countryside as you practice your favourite hobbies. 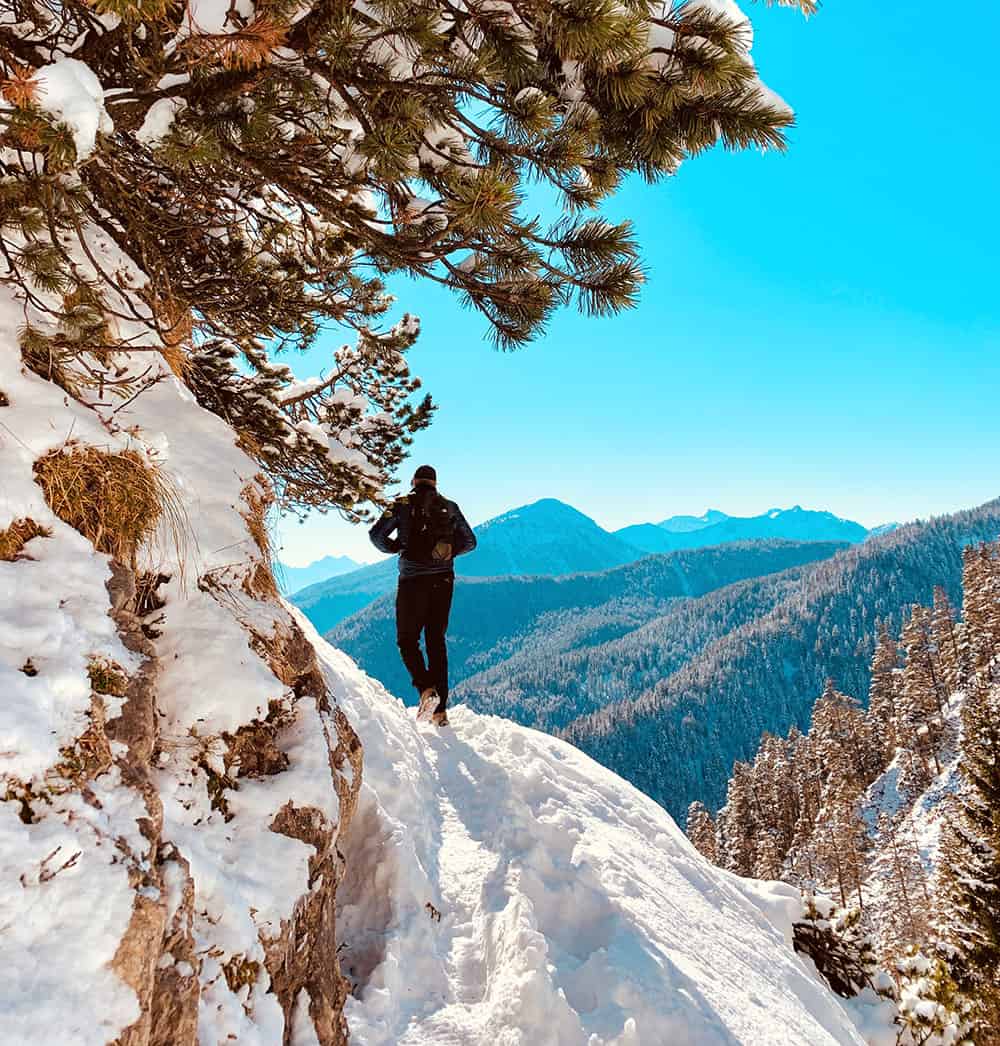 Climb the peaks in the area and enjoy uniquely beautiful views of the Upper Bavarian Alpine foothills. 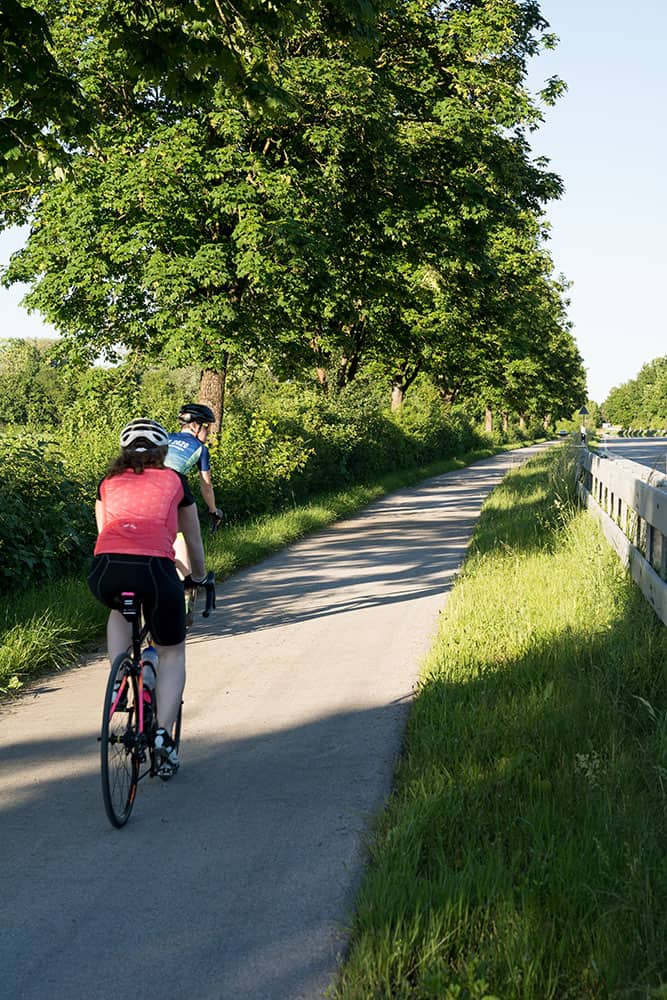 Whether pedaling yourself or comfortably with the e-bike - with the bike you can explore the surroundings in record time and always find the most beautiful vantage points. 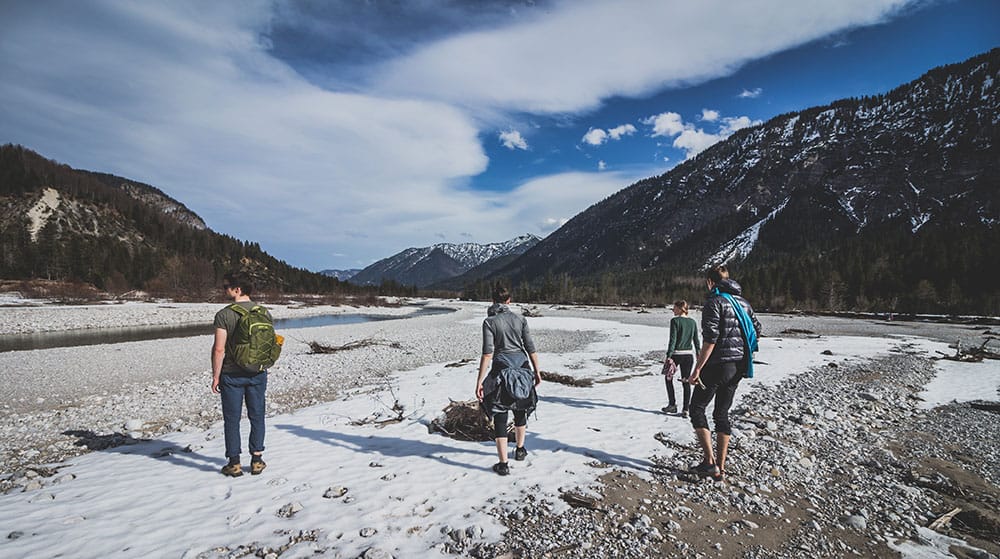 You can always enjoy nature at your own pace and don't overlook the little beauties along the way. The Alps are already waiting for you!

Skiing, tobogganing, cross-country skiing and many other winter sports are always part of our activities. Connoisseurs will get their money's worth on a snowshoe hike.

Experience nature’s creations first-hand in upper Bavaria, a region full of unspoiled beauty. A number of nature reserves can be found to the south of Munich that offer breath-taking views and plenty of opportunities for educational day trips. Take your friends or family and go on expeditions to discover Germany’s varied landscape in all its splendour. 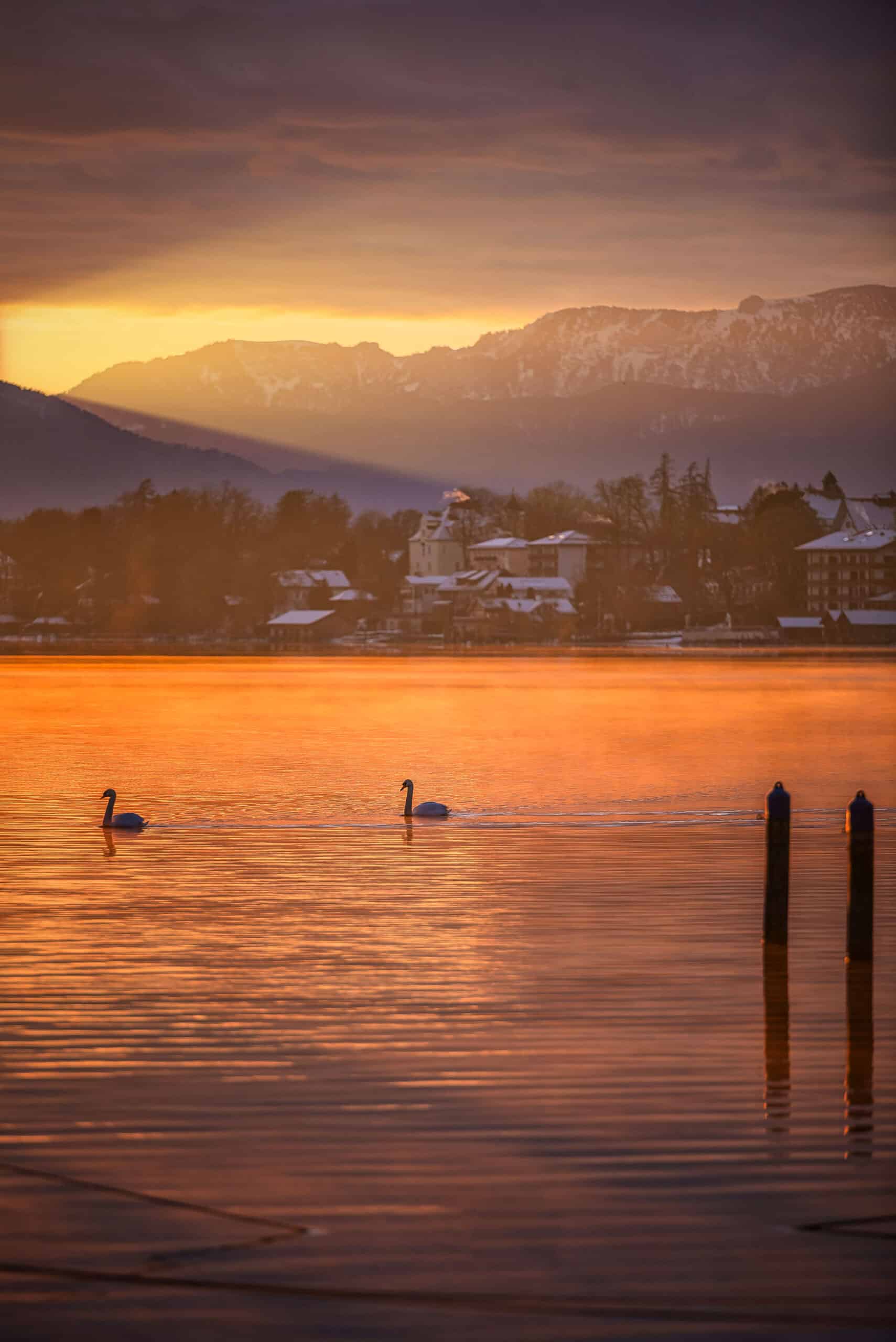 Just east of Peißenberg are the Ammersee, Wörthsee, Pilsensee and Starnberger See. The beautiful mountain lakes in the area also lure you in. 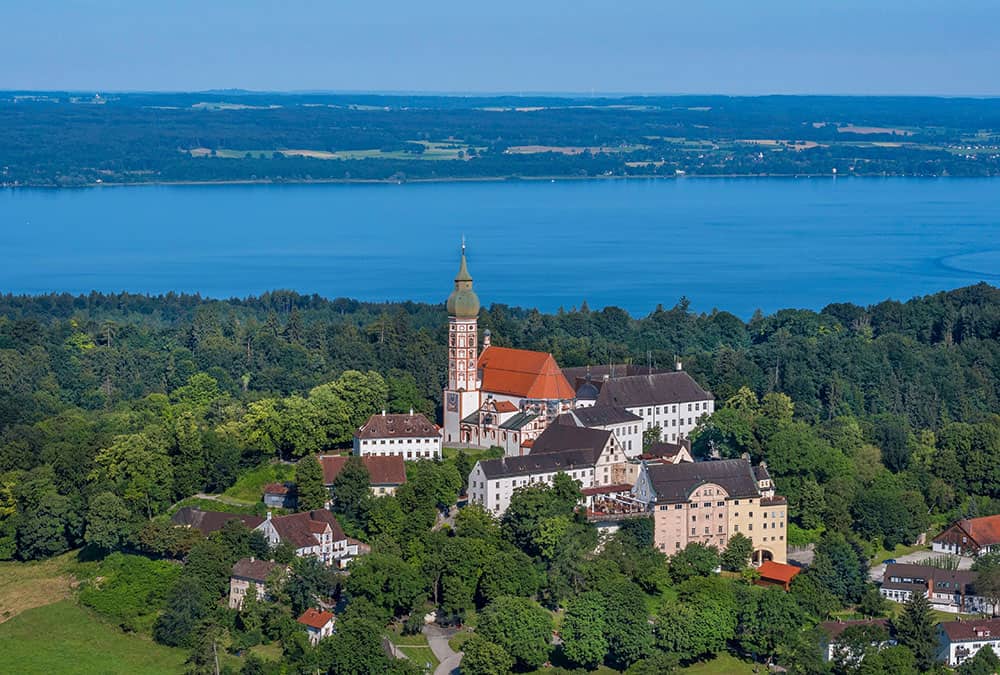 The high density of sacred places and buildings such as Ettal Abbey or Benediktbeuern Abbey give the region the name Pfaffenwinkel. 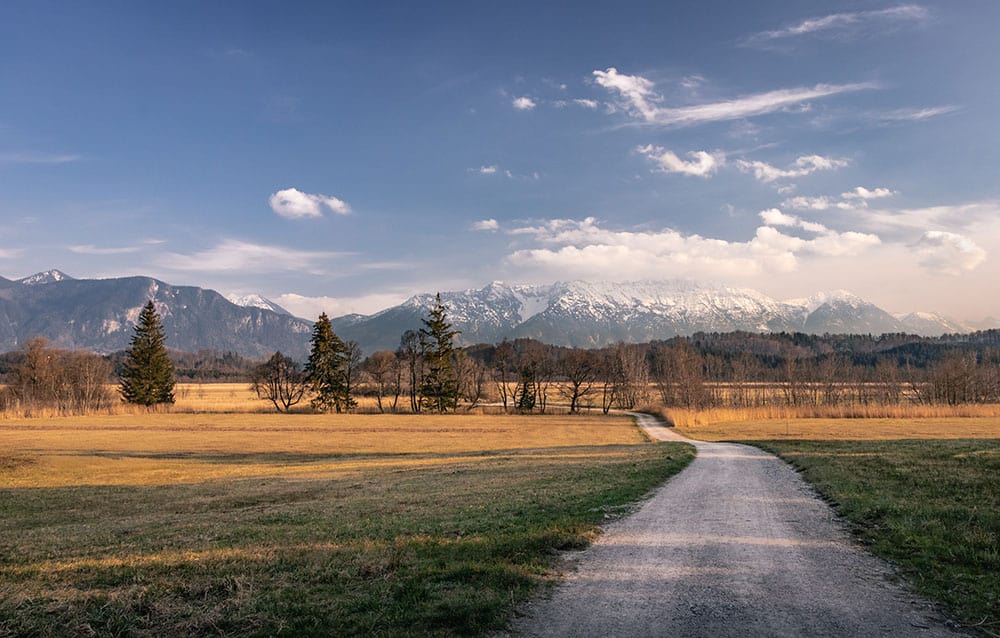 Embark on an idyllic moor hike through the Murnauer Moos, the Loisach-Kochelsee-Moor near Benediktbeuern or the Wiesfilz at the Wieskirche. 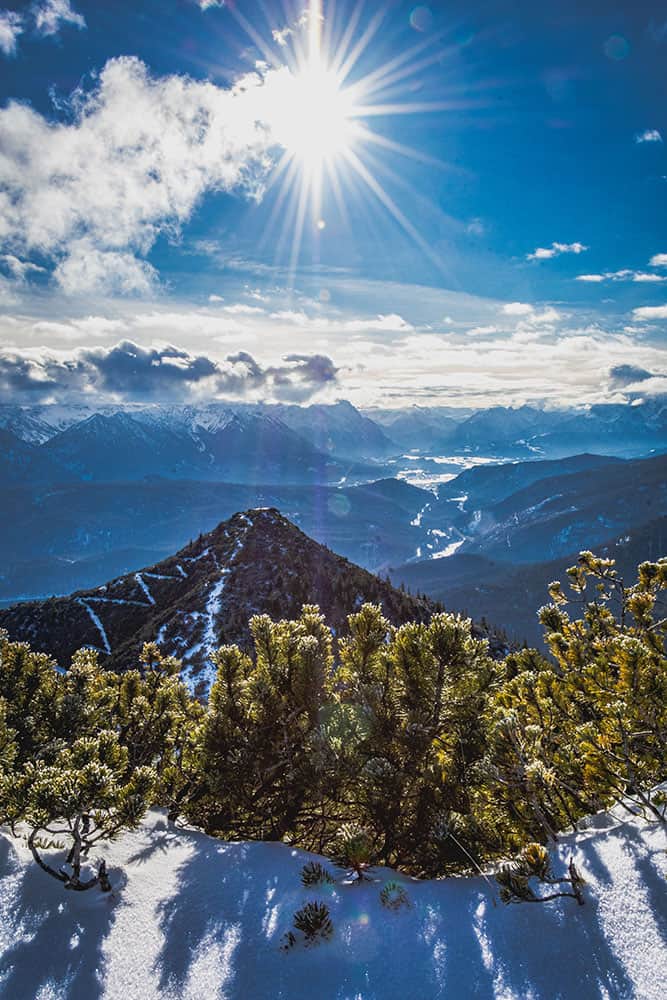 The high Peißenberg is on the doorstep and offers a great view. The Auerberg, the Niederbleick and the peaks around Garmisch, including the Zuspitze, are also very popular.

Tradition is a precious asset in Bavaria and that’s why there are always celebrations taking place where you can get to know the dances, handicrafts and other customs that are typical of the region. You can experience many wonderful moments throughout the year when sightseeing in cities such as Munich, Murnau, Schongau and Erding. Museums, concerts and exhibitions offer opportunities for discovering the region’s art and culture. You should also make sure you visit the wonderful monasteries, churches and chapels in Pfaffenwinkel. 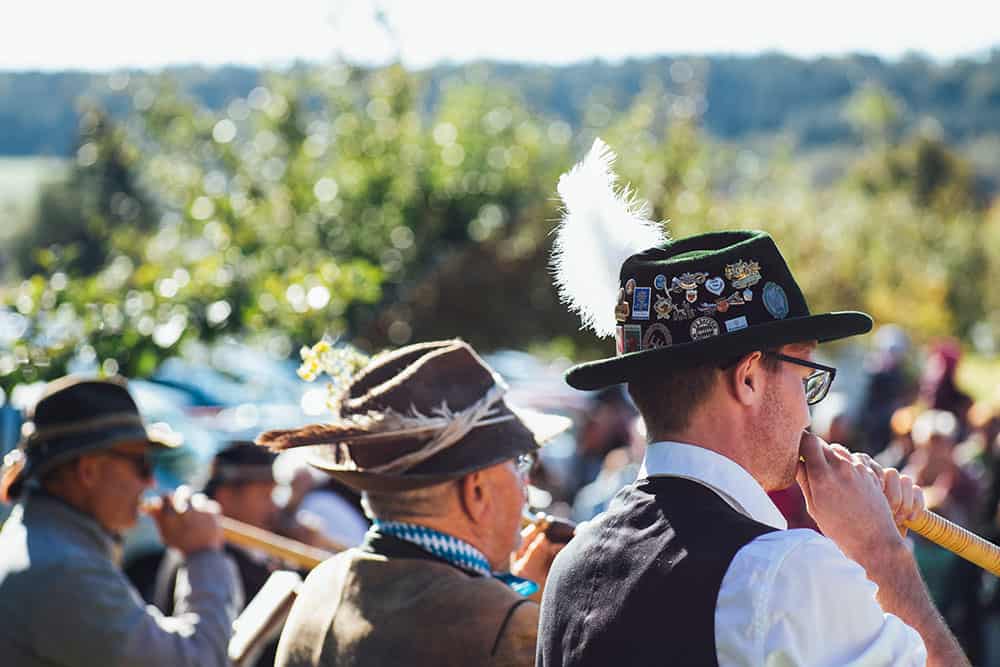 Bavarian customs and traditions are omnipresent. Visit one of the numerous festivals and mingle with the people! 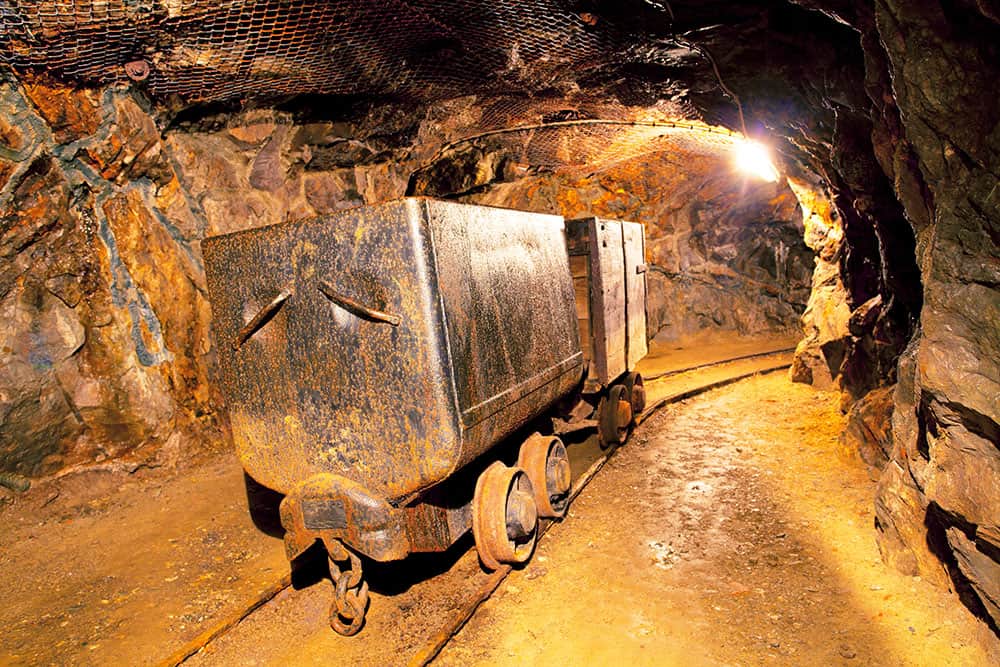 Learn more about the region in the local mountain farmer's museum or the town museum in Weilheim. The Pühl Copper Museum is also very popular with visitors. 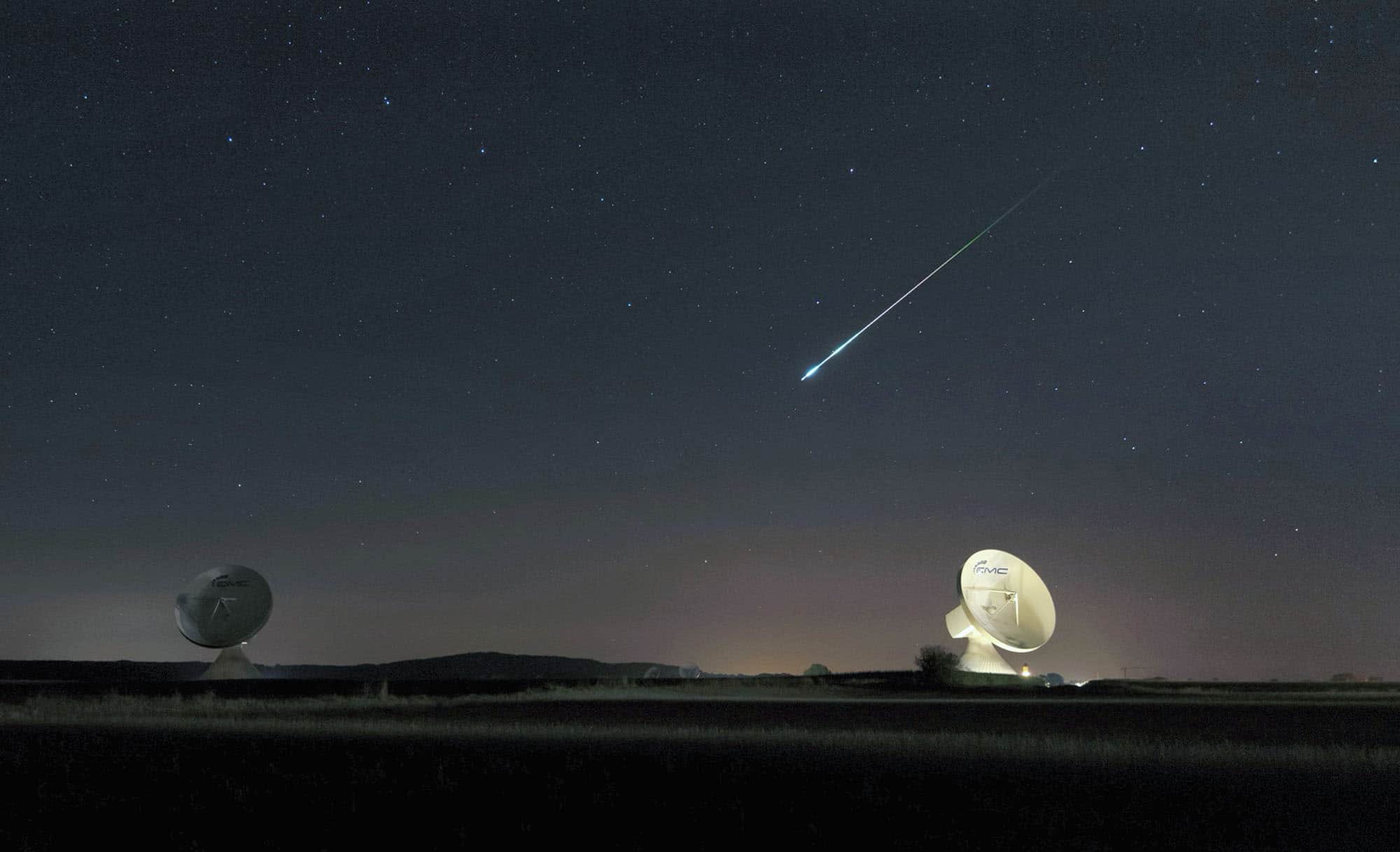 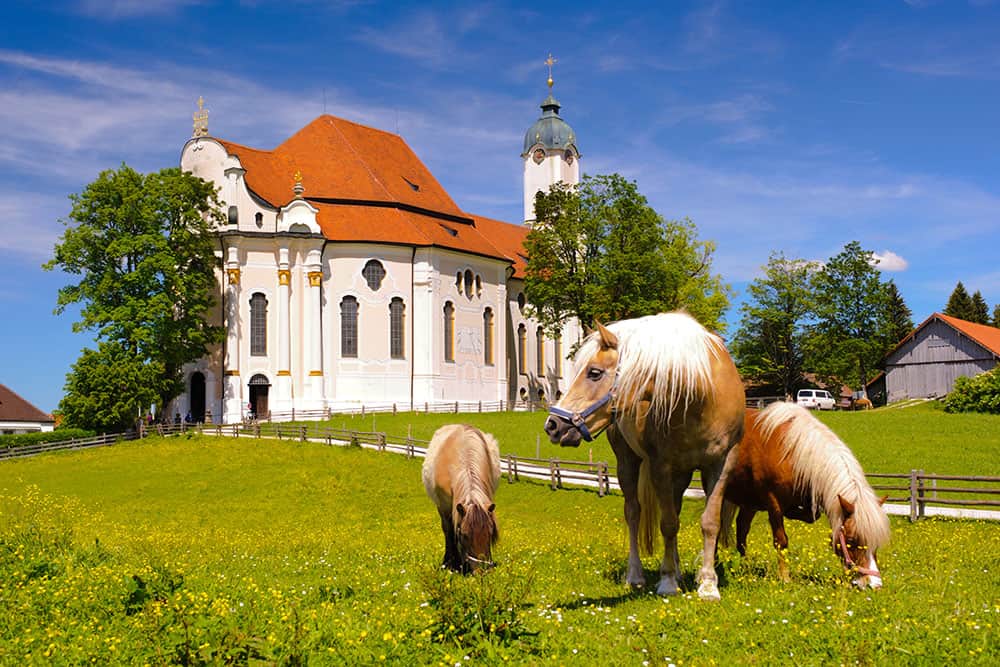 The Wieskirche is considered one of the most beautiful churches in the world. Its nave made of white marble and magnificent gold jewelry make it a very special pilgrimage church. 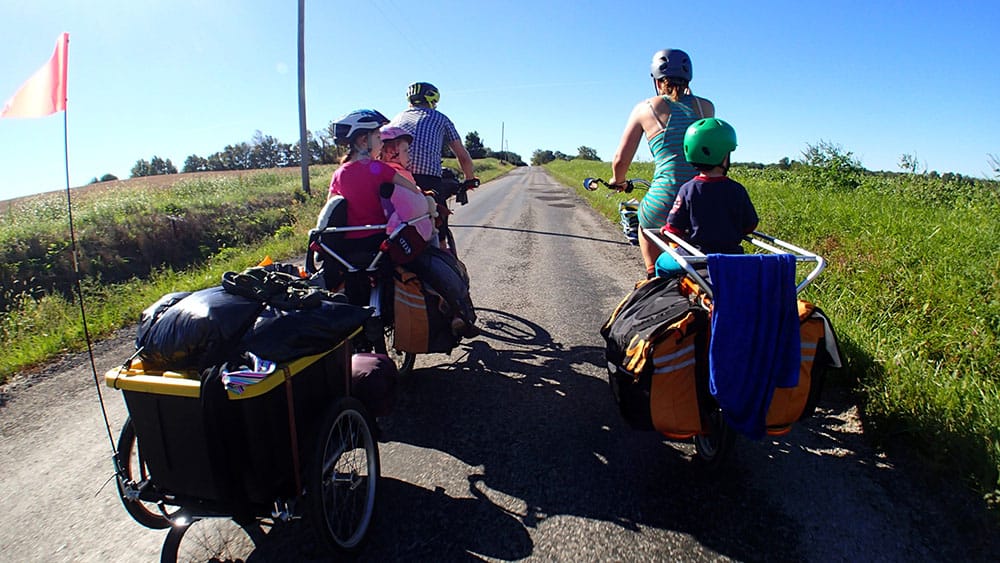 For vacationers with children, there is an endless wealth of beautiful excursions and activities. Adventure pools, summer toboggan runs, carriage rides - there are no limits to your imagination.

Munich’s Christkindlmarkt draws many visitors and the Christmas markets in Rosenheim or Dießen am Ammersee are sure to find plenty of loyal followers, too. For sports enthusiasts, a visit to Garmisch-Partenkirchen at the foot of the Zugspitze mountain is a must. Please ask our reception for additional information and suggestions about activities in the Pfaffenwinkel area.

The market town of Peißenberg was strongly influenced by mining. The historical developments and a cross-section of all mining techniques are presented in the mining museum near the deep tunnel hall. Visitors also have the opportunity to take a guided tour of the former deep tunnel.

In relation to the mining history of Peißenberg, a hiking trail has also been created, the Stollenweg, which leads to the various old mining sites. (see hiking trails)

The family-friendly leisure pool has a large water slide with a fun pool, warm-water whirlpool, a large diving board and a swimming pool (25m deep). There is also a spacious sunbathing lawn, a children's playground with sun sails, a soccer field and a beach volleyball court. For recreation and relaxation there is also a sauna, a steam bath and a separate sauna lawn.

The Hohenpeissenberg Meteorological Observatory is 977 m above sea level. It has been in continuous operation since 1781, making it the oldest mountain weather station in the world with the longest observation series.

Distance from Peißenberg about 7 km

The Paterzell Eibenpfad leads through the largest yew forest in Germany. Over 200 of the proud deciduous trees give the place a very special aura. Many of the trees are several hundred years old. The forest has been officially a nature reserve since 1939. During a walk through the yew forest you will learn more about the forest and the trees. The tour begins at the Landgasthof Eibenwald. The tour is about 1 km long and also suitable for children, but not for prams.

The Glentleiten open-air museum is the largest open-air museum in southern Bavaria. Learn more about everyday life in Upper Bavaria in the old days before the industrial revolution. More than 60 true-to-original buildings with furnishings make up the museum, including extensive facilities for historical agriculture and animal husbandry.

Garmisch-Partenkirchen is the Mecca for the elite of German mountaineering. Discover beautiful nature in the Partnach Gorge or visit the ski jump, where the Four Hills Tournament also takes place. The ancient Olympic bobsleigh track is just as popular as the historic cog railway on Germany's highest mountain, the Zugspitze.

For many artists Murnau and the Staffelsee was a point of attraction and a source of inspiration. Visit the Gabriele Münter House, the Castle Museum or one of the Murnau galleries. Hike through the Murnauer Moos, which is the largest bog on the edge of the Alps in Central Europe. A trip to the island of Wörth, the largest of the seven islands, is also worthwhile. A special feature on the island of Wörth are the aurochs that live there. Or simply unwind on a boat trip around Lake Staffelsee.

In the Bavarian capital of Munich, there are numerous sights such as the Frauenkirche, the Bavarian State Opera, the National Theater, the German Museum, Nymphenburg Palace, the English Garden, the Olympic Park, the Hofbräuhaus and much more. The Olympic Tower offers an unbeatable view of the entire Isar metropolis. Between Stachus and Marienplatz lies the beautiful pedestrian zone with a variety of shops, cafes and street vendors. From there you can also reach the Viktualienmarkt with its wide range of stalls and delicacies.
From the end of September to the beginning of October, the world-famous Oktoberfest takes place on the Theresienwiese in Munich.

Neuschwanstein Castle towers high above Hohenschwangau near Füssen in the Allgäu. Its panorama and the building itself have been world-famous since the Bavarian King Ludwig II had the palace built in 1869. His romantic ideas have also earned the magnificent building the nickname "fairytale castle".

Not only Neuschwanstein Castle, but also Hohenschwangau Castle opposite is one of the famous royal castles of King Ludwig II. In 1832, King Max II acquired the castle and had it rebuilt, just as Hohenschwangau Castle can still be visited today. The romantic castle served as a summer residence for the royal family and was the happy nursery of Ludwig II.

Linderhof Palace near Ettal is the former summer residence of Ludwig II. It was built between 1870 and 1886 as the smallest of the three royal palaces. The "Royal Villa" was the only castle that was completed during his lifetime. It is therefore considered the favorite castle of the "fairy tale king". That's why he spent most of his time there.

The pilgrimage church to the Scourged Savior, or “Wieskirche” for short, has been a UNESCO World Heritage Site since 1983. When not in use as a place of pilgrimage, it can be visited daily and invites visitors to quiet devotion. The church is considered one of the finest in the world for its white stucco and marble interior and rich gold decoration.

Distance from the hotel: 28 km

Andechs Monastery is in a prominent location on the Holy Mountain above Lake Ammer. As the oldest place of pilgrimage in Bavaria, the monastery has belonged to the economic property of the Benedictine Abbey of Saint Bonifaz Munich since 1850. The ensemble consists of church and monastery buildings. In addition to a comprehensive collection of relics, the chapel also contains Carl Orff's grave.

Dear Guests, To ensure everything runs smoothly, please do not modify any orders you have placed. The kitchen crew appreciates your assistance. If you would still like to make changes, we will charge you €2.00 for this. Thank you for your understanding.

Every Friday there is: